Hey! Thanks for wondering about the things running in this corner of the internet.

We work with an insanely shoestring budget as an exercise of efficiency and optimization. There's absolutely nothing fancy about the backend. Unless you're a nerd, in which case, maybe. 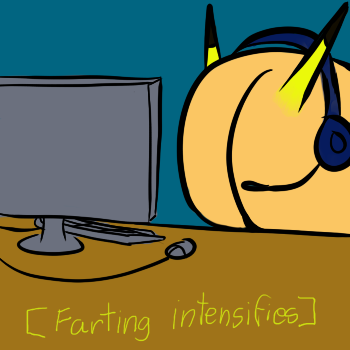 I'm Pikachu on LSD, and apparently I trip balls. And I have a reputation for being a butt.

Really though, I'm just a random internet guy that feels like making stuff, and one day I decided, "hey, I should try making my own TF2 server".

And so I did. And then I thought, "hey, I should make a site to go with the server".

And so I did. And it goes on and on for all the useless crap that probably nobody will see, but I do it anyways because hey, having learned PHP / HTML / CSS / Markdown, getting experience being a *nix-like sysadmin, and learning how to write SourceMod plugins has been fun, and it provides good skills for someone that wants to stick around in the technology field.

But why "Romance and Drama"?

I just liked the idea of it; I really don't know why!

I think the idea stemmed from the out-of-nowhere idea of television soap operas, and of course the server is in Canada, so it ends up working out nicely.

A pretty neat coincidence of naming it that is that the initials could also be used for "Research and Development", which is actually fitting for all the random crap I test out on the server.

If you're stopping by, expect some crazy bleeding-edge stuff that isn't available anywhere else!

And why do you run bots?

I don't get why people have this anti-bot obsession where they completely rule out servers advertised as containing bots. Everyone says they'd be willing to support non-garbage community servers, but the reality is, nobody gives a damn when those servers sit 0/24 bot-free and seeding is impractical.

I'm trying to strike that balance between having a completely dead server, where the one person who stumbles in leaves because there's nothing to do besides walk around all these great community maps, and the other end of the spectrum where servers pretend that a real game is happening.

The bots run with a 6-player quota mode. If there are fewer than six players in the server, bots fill in such that a 3 vs. 3 situation is possible.

Plus, I'm paying money for the server, might as well not let that CPU time go to waste.

There's a lot of stuff in the server going on in the backend! Here's a few of the things in use:

nom-nom-nom.us: A Team Fortress 2 (among other things!) community.

Github: My personal Github page, where things just go to die. All my SourceMod stuff is here, as well as stuff for Java and whatnot.

Tsundere Sharks: Sharks are freakin' adorable for some reason. Uguu~